When treated properly, vegetables can provide an absolute riot of colors and flavors.  That was my experience with supper tonight.  It was purely vegetables, plus the wine.

I temporized while deciding what to prepare, which means I munched on some of the many olives in the refrigerator (these below are Castelvetrano and a black Ligurian, probably Taggiasche) and finished up the white Sicilian Pithos wine while I considered the options. 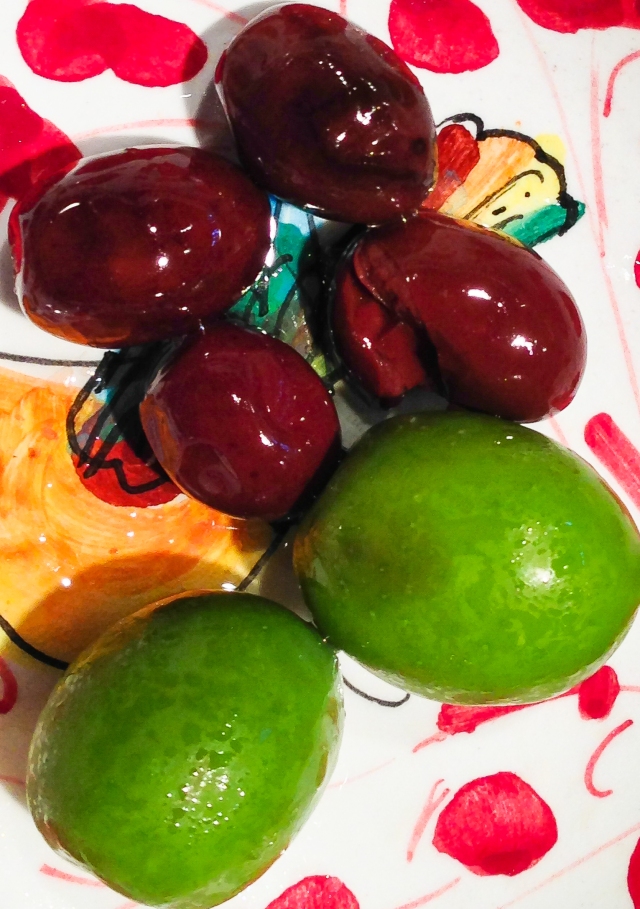 Nest step was a quick preparation and boiling of a handful of haricots verts and a piece of a large carrot, cut into batons.  When tender, these were cooled and lightly coated with a lemon olive oil from Santa Barbara and a little sea salt.  Simple, and delicious.

Several leftovers caught my eye as I searched the refrigerator: sautéed small Yukon Gold potatoes, Roman artichoke hearts in a jar, and roasted red bell peppers I had prepared last week.  First, I cut the potatoes (already quartered) into smaller pieces (about 1/2″ dice) and fried them in olive oil in my heavy metal steel pan.  After they started to get crispy on multiple edges, I cut up an artichoke heart and stem, and added that to the pan. When that looked a bit crispy, too, I scooped up about half a roasted red pepper, adding that to the sauté.  The pepper was very tender (you would be too, if you were roasted, then sat in olive oil for a week), so it wrapped itself around some of the potato cubes, adding sweetness and texture.  The result was reminiscent of some of the best Spanish Patatas Bravas, but different in a pleasing way.

I bought two Portobello Mushrooms on Monday.  One was curing with a Nama Shoyu marinade in the fridge, based on a delicious raw food sandwich I had on Cape Cod Sunday, so I marinated and roasted the other one, using Shoyu, olive oil, balsamic vinegar, garlic, and a tablespoon of a new ingredient for me — Mushroom Ketchup — an 18th century English/American recipe I made a few weeks ago.  It is much akin to Worcestershire Sauce, but more mellow.  The oven was set to 425° F., and it took about 20 minutes to be fully-cooked, though it could have gone longer. 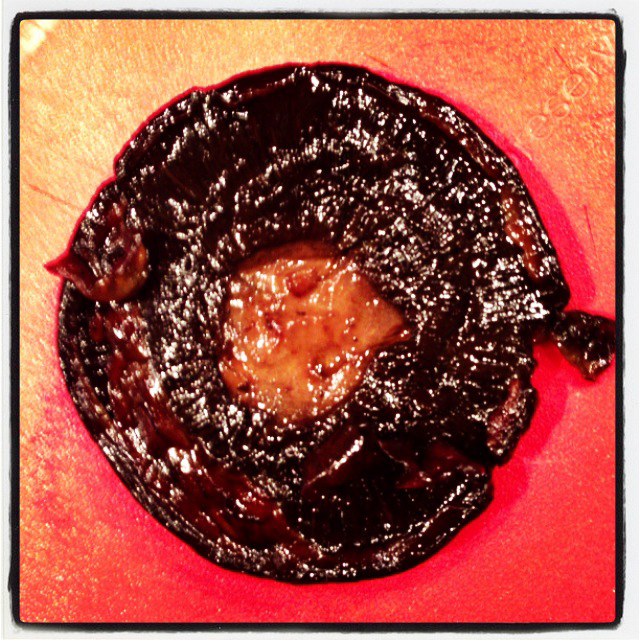 For the second half of the meal, I cut up some organic romaine, added the sliced Portobello, and tossed it all in a dressing with olive oil, red wine vinegar, and a little of the mushroom marinade that was leftover.  Pretty good, indeed. 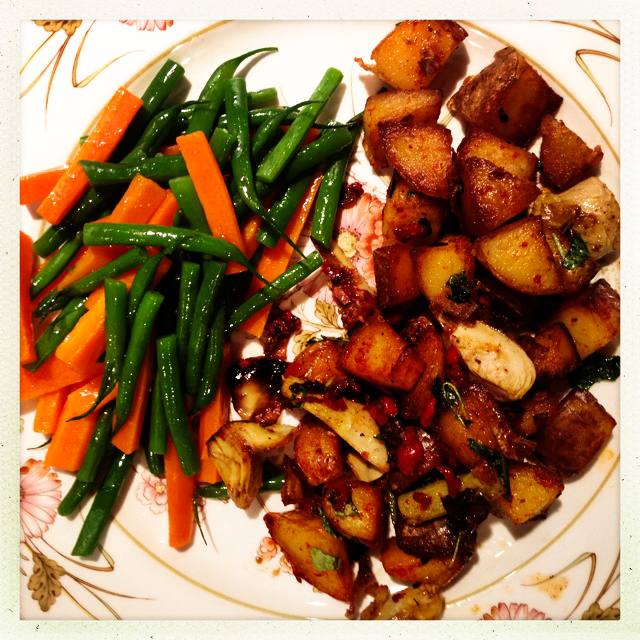 Wine with the meal was a reprise from the other night: Flavio Roddolo Nebbiolo d’Alba.  It was extremely well-matched with the mushroom flavors.

This entry was posted in Food, Vegan, Wine and tagged Portobello, vegan, vegetarian. Bookmark the permalink.