Schoolwork is over for awhile, chores are mostly done for the weekend; therefore, time to cook/play in the kitchen.  As you may know, I especially enjoy lunch — il pranzo.  This is the last chance I’ll have before leaving Monday for southern Italy for almost three weeks.

Today’s cooking was dedicated to pan-roasting two sweet peppers, one red, the other, orange.  These were done in my favorite sautéuse, one at a time, in olive oil and finished with just a little red wine vinegar.  The next step was slowly pan roasting one small radicchio di Treviso (elongated version, not the round one), cut in half lengthwise and sautéed in olive oil, salt and pepper.

While those were cooking, I opened a package of Kite Hill Ricotta, whose praises I have sung on these pages before.  I put the cheese in a bowl, added olive oil, salt and pepper, and some freshly cut chives which reappear each Spring in our herb bed, much to my delight.  These were beaten together with a fork until well blended.  An artful blob of the cheese rested nicely atop the peppers and radicchio while I pan-grilled the bread. 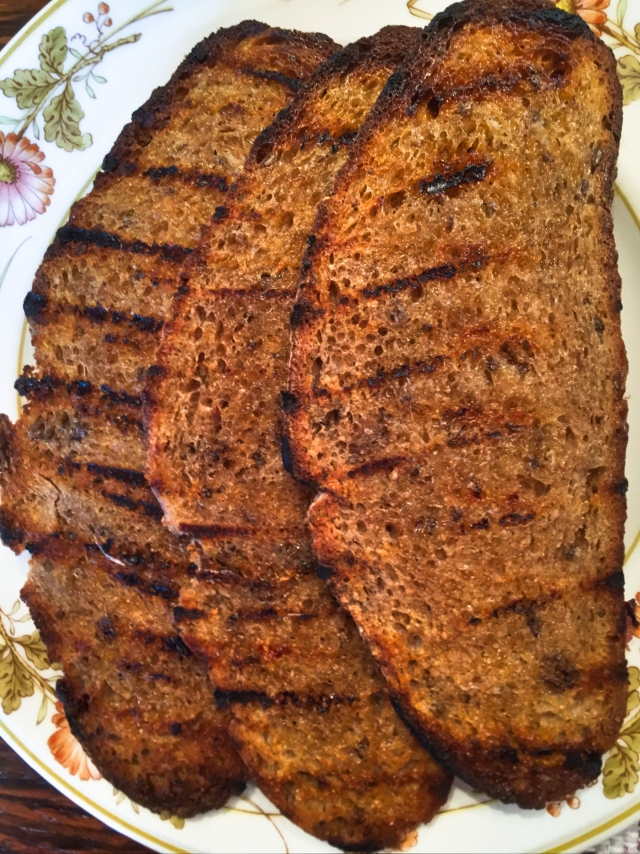 These were among the few remaining slices from my homemade rye bread with caraway seeds, baked almost two weeks earlier.  It astonishes me how these levain breads stay fresh, cut side down on the counter, without packaging.  Often, after 7 or 8 days, I’ll take out my machine slicer and cut perfectly thin slices of the remaining loaf for toasting and grilling, protected by wrapping them in aluminum foil.  They come to life in a ridged grill pan, with a little olive oil, rubbed with a sliced garlic clove when bread has crisped.

So one slice had all three vegetables on it after spreading the bread with cheese.  Two others were consumed with just cheese and either the peppers or the radicchio, but not together.  They photograph well when accompanied by the bone handled, French steel dinner knives we bought years ago in San Francisco.

All that was remaining was the choice of wines.  There was a small amount of Cris Cherry’s 2014 Fiano in the refrigerator, so I started there.  The red was a little trickier.  I was sorely tempted to open a Sancerre Rouge I bought recently, but I finally decided I wanted something with a little more of an edge and acidity.  The 2011 Michele Chiarlo Barbera d’Asti was absolutely the perfect selection. 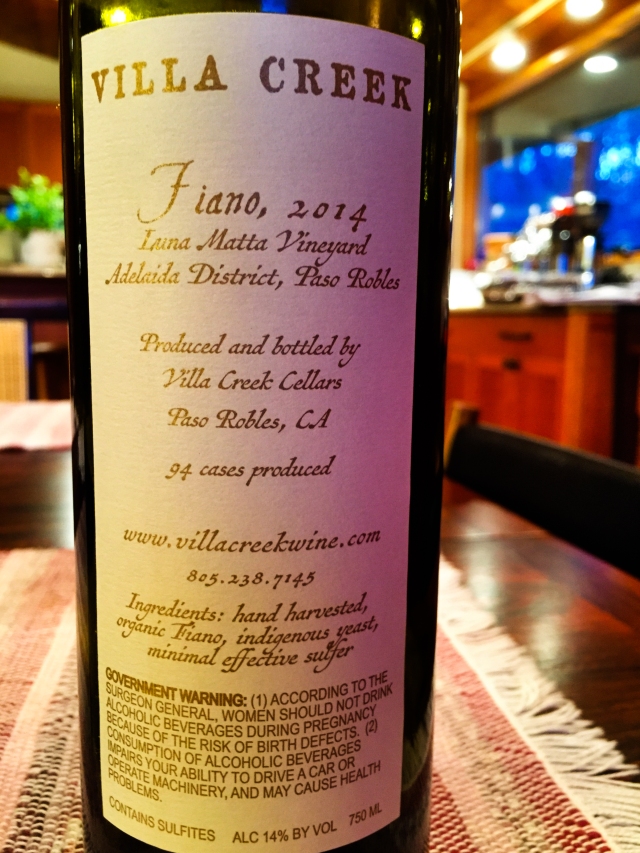 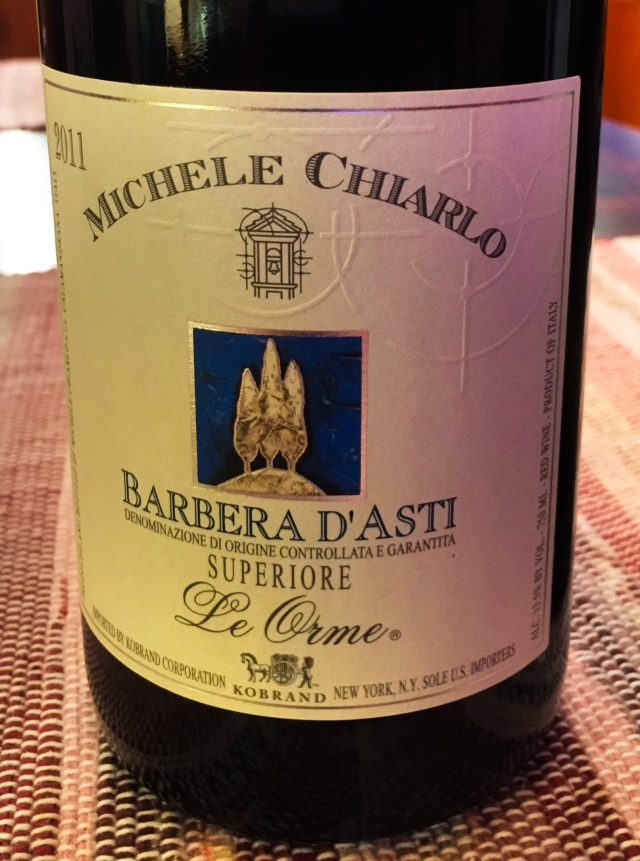 If anyone tells you it’s hard to get good, richly-flavored, colorful meals as a vegan, show them this.  Here is all the food that was left over for snack tomorrow:

This entry was posted in Food, Vegan, Vegetarian, Wine. Bookmark the permalink.