The rest of the weekend was equally interesting from a food and wine standpoint, too.  Sunday’s first photo-op, however, was a flower, not food.  Barbara had nursed her two large Amaryllis bulbs all Winter (in fact, in my wine cellar).  She had optimistically brought them out recently and put them in the greenhouse to wake up for the season.  They responded well.  Here is the first blossom: 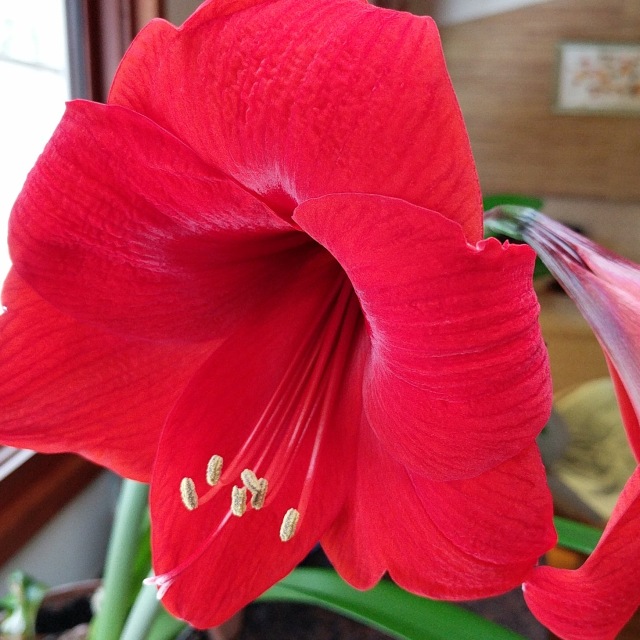 My primary activity on Sunday was unusual; it was about selling some of my wine instead of acquiring it.  A few weeks ago I had donated three bottles of premium Central Coast of California red wines in a fund raiser at our synagogue.  Unbeknownst to me, our friends Rita and Larry had been the high bidder.  Last week Rita wrote an email to tell me how much they enjoyed the first wine (2012 Overthinker from Linne Calodo in Paso Robles).  They had tried unsuccessfully to find more online, but to no avail (they always sell out, and this had been in my cellar for several years.)

However, I have a unique problem — I have more good wine than I can reasonably drink on my own, AND I keep discovering new ones I want to try.  I had chosen to donate those three wines because — although I love them — they are relatively higher in alcohol than the Italian wines I like these days, and they overwhelm many of our vegan/vegetarian dishes.  So I suggested that our friends could come over to our house on Sunday afternoon, and I would select similar bottles from the cellar which would be good candidates that I might sell to someone who would offer them a good home.  Naturally, I wanted to prepare some food to go with the wine we would taste.

I defrosted one of my whole grain breads and cooked a batch of Rancho Gordo Marcella cannellini beans, with which I made a white bean purée to go on the grilled bread.  We had plenty of olives, and some of the microgreens from NYC.  Here is the lineup of the wines and food we studied carefully that afternoon. 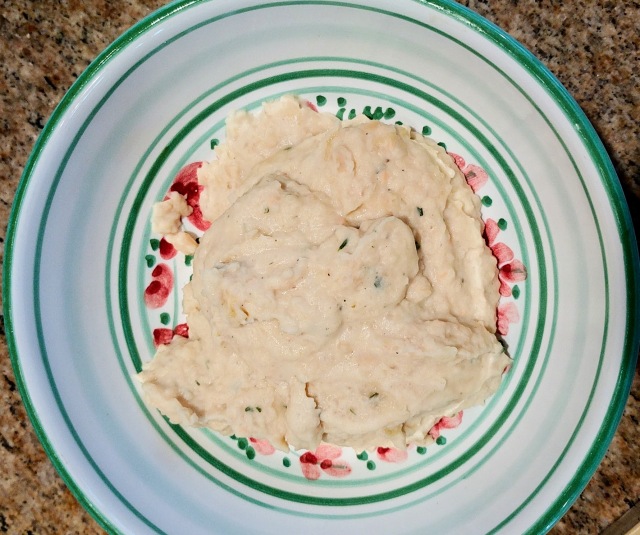 They came away with a few more wines, and I had some extra cash (and space in the cellar) for future adventures.

Later that evening, I made one more dish — even though the afternoon snacks filled us up pretty well.  The dish was “Smashed Brussels Sprouts”, and I found a video clip on the Internet which made it look simple and attractive.

And here is my version of the in-process and then the finished dish.

Although the weekend was over by Monday, I had few commitments, so I will include this dinner in my post.  It was a Butternut Squash Risotto, in which I included a Parsnip, for added sweetness, and some sautéed Radicchio for contrasting bitter flavors.  The wine was a Cavallotto 2015 Pinner, a white (or pink) wine from the Pinot Nero grape (elsewhere known as Pinot Noir).  It was a fortuitous match.